Scars -whether they’re caused by accidents or by surgery- are unpredictable. The way a scar develops depends as much on how your body heals as it does on the original injury or on the surgeon’s skills.

Many variables can affect the severity of scarring, including the size and depth of the wound, the blood supply to the area, the thickness and color of your skin, and the direction of the scar. How much the appearance of a scar bothers you is, of course, a personal matter.

While no scar can be removed completely, plastic surgeons can often improve the appearance of a scar, making it less obvious through the injection or application of certain steroid medications or through surgical procedures known as scar revisions.

If you’re considering scar revision, this will give you a basic understanding of the most common types of scars, the procedures used to treat them, and the results you can expect. It can’t answer all of your questions, since a lot depends on your individual circumstances. Please be sure to ask your doctor if there is anything about the procedure you don’t understand.

Many scars that appear large and unattractive at first may become less noticeable with time. Some can be treated with steroids to relieve symptoms such as tenderness and itching. For these reasons, many plastic surgeons recommend waiting as long as a year or more after an injury or surgery before you decide to have scar revision.

If you’re bothered by a scar, your first step should be to consult a board-certified plastic surgeon. The surgeon will examine you and discuss the possible methods of treating your scar, the risks and benefits involved and the possible outcomes. Be frank in discussing your expectations with the surgeon, and make sure they’re realistic. Don’t hesitate to ask any questions or express any concerns you may have.

Insurance usually doesn’t cover cosmetic procedures. However, if scar revision is performed to minimize scarring from an injury or to improve your ability to function, it may be at least partially covered. Check your policy or call your carrier to be sure.

All Surgery Carries Some Uncertainty and Risk

While scar revision is normally safe, there is always the possibility of complications. These may include infection, bleeding, a reaction to the anesthesia, or the recurrence of an unsightly scar.

You can reduce your risks by choosing a qualified plastic surgeon and closely following his or her advice, both before surgery and in follow-up care.

Keloids are thick, puckered, itchy clusters of scar tissue that grow beyond the edges of the wound or incision. They are often red or darker in color than the surrounding skin. Keloids occur when the body continues to produce the tough, fibrous protein known as collagen after a wound has healed.

Keloids can appear anywhere on the body, but they’re most common over the breastbone, on the earlobes, and on the shoulders. They occur more often in dark-skinned people than in those who are fair. The tendency to develop keloids lessens with age.

Keloids are often treated by injecting a steroid medication directly into the scar tissue to reduce redness, itching, and burning. In some cases, this will also shrink the scar.

If steroid treatment is inadequate, the scar tissue can be cut out and the wound closed with one or more layers of stitches. This is generally an outpatient procedure, performed under local anesthesia. You should be back at work in a day or two, and the stitches will be removed in a few days. A skin graft (see the section on skin grafting) is occasionally used, although the site from which the graft was taken may then develop a keloid.

No matter what approach is taken, keloids have a stubborn tendency to recur, sometimes even larger than before. To discourage this, the surgeon may combine the scar removal with steroid injections, direct application of steroids during surgery, or radiation therapy. Or you may be asked to wear a pressure garment over the area for as long as a year. Even so, the keloid may return, requiring repeated procedures every few years.

Hypertrophic scars are often confused with keloids, since both tend to be thick, red, and raised. Hypertrophic scars, however, remain within the boundaries of the original incision or wound. They often improve on their own-though it may take a year or more-or with the help of steroid applications or injections.

If a conservative approach doesn’t appear to be effective, hypertrophic scars can often be improved surgically. The plastic surgeon will remove excess scar tissue, and may reposition the incision so that it heals in a less visible pattern. This surgery may be done under local or general anesthesia, depending on the scar’s location and what you and your surgeon decide. You may receive steroid injections during surgery and at intervals for up to two years afterward to prevent the thick scar from reforming.

Burns or other injuries resulting in the loss of a large area of skin may form a scar that pulls the edges of the skin together, a process called contraction. The resulting contracture may affect the adjacent muscles and tendons, restricting normal movement.

Correcting a contracture usually involves cutting out the scar and replacing it with a skin graft or a flap. In some cases a procedure known as Z-plasty may be used. And new techniques, such as tissue expansion, are playing an increasingly important role. If the contracture has existed for some time, you may need physical therapy after surgery to restore full function.

Because of its location, a facial scar is frequently considered a cosmetic problem, whether or not it is hypertrophic. There are several ways to make a facial scar less noticeable. Often it is simply cut out and closed with tiny stitches, leaving a thinner, less noticeable scar.

If the scar lies across the natural skin creases (or “lines of relaxation”) the surgeon may be able to reposition it to run parallel to these lines, where it will be less conspicuous. (See Z-plasty)

Some facial scars can be softened using a technique called dermabrasion, a controlled scraping of the top layers of the skin using a hand-held, high-speed rotary wheel. Dermabrasion leaves a smoother surface to the skin, but it won’t completely erase the scar.

Z-plasty is a surgical technique used to reposition a scar so that it more closely conforms to the natural lines and creases of the skin, where it will be less noticeable. It can also relieve the tension caused by contracture. Not all scars lend themselves to Z-plasty, however, and it requires an experienced plastic surgeon to make such judgments.

In this procedure, the old scar is removed and new incisions are made on each side, creating small triangular flaps of skin. These flaps are then rearranged to cover the wound at a different angle, giving the scar a “Z”pattern. The wound is closed with fine stitches, which are removed a few days later. Z-plasty is usually performed as an outpatient procedure underlocal anesthesia.

While Z-plasty can make some scars less obvious, it won’t make them disappear. A portion of the scar will still remain outside the lines of relaxation.

Skin grafts and flaps are more serious than other forms of scar surgery. They’re more likely to be performed in a hospital as inpatient procedures, using general anesthesia. The treated area may take several weeks or months to heal, and a support garment or bandage may be necessary for up to a year.

Grafting involves the transfer of skin from a healthy part of the body (the donor site) to cover the injured area. The graft is said to “take”when new blood vessels and scar tissue form in the injured area. While most grafts from a person’s own skin are successful, sometimes the graft doesn’t take. In addition, all grafts leave some scarring at the donor and recipient sites.

Flap surgery is a complex procedure in which skin, along with the underlying fat, blood vessels, and sometimes the muscle, is moved from a healthy part of the body to the injured site. In some flaps, the blood supply remains attached at one end to the donor site; in others, the blood vessels in the flap are reattached to vessels at the new site using microvascular surgery.

Skin grafting and flap surgery can greatly improve the function of a scarred area. The cosmetic results may be less satisfactory, since the transferred skin may not precisely match the color and texture of the surrounding skin. In general, flap surgery produces better cosmetic results than skin grafts.

With any kind or scar revision, it’s very important to follow your surgeon’s instructions after surgery to make sure the wound heals properly. Although you may be up and about very quickly, your surgeon will advise you on gradually resuming your normal activities.

As you heal, keep in mind that no scar can be removed completely; the degree of improvement depends on the size and direction of your scar, the nature and quality of your skin, and how well you care for the wound after the operation. If your scar looks worse at first, don’t panic-the final results of your surgery may not be apparent for a year or more.

This thick, over-grown cluster of scar tissue on the earlobe is a keloid. Here it has been removed and the incision closed with stitches, leaving a thin scar.

This hypertrophic scar has formed a contracture, restricting finger motion.

Using Z-plasty, the scar is removed and several incisions are made on each side, creating small triangular flaps of skin. Then the flaps are rearranged and interlocked to cover the affected area.

The incision is closed with a Z-shaped line of sutures. The new scar is thinner and less visable, and allows the finger to be extended.

The scar crossing the natural line, or crease, between the nose and mouth is removed and repositioned using Z-plasty. The forehead scar, located in the natural lines, is excised with tapered ends. The skin is then loosened and brought together with stitches.

The repaired scars now lie partly within the natural skin crease, where they are less visible. 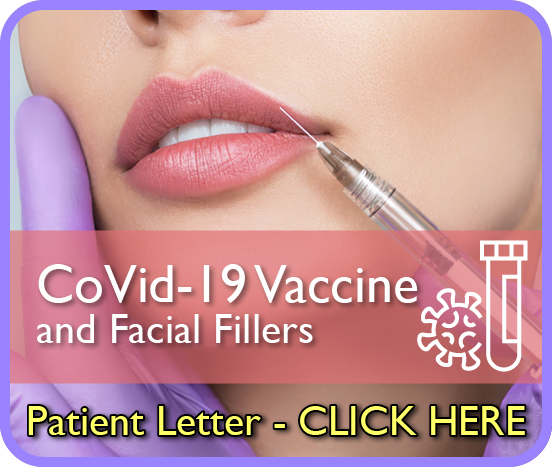 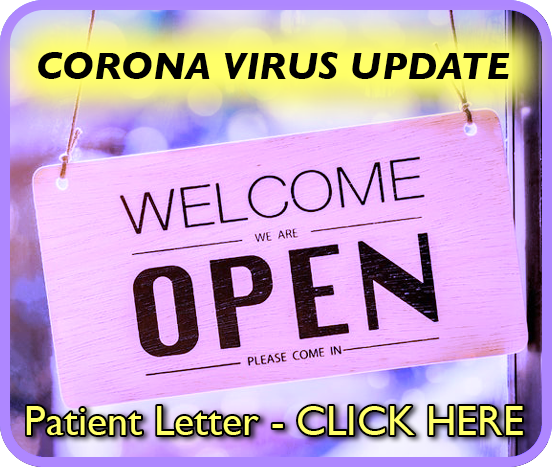 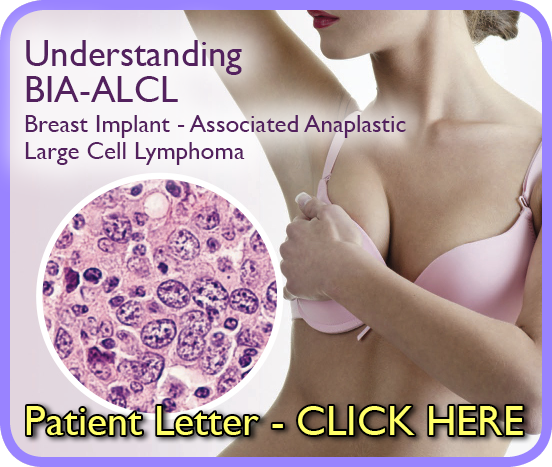 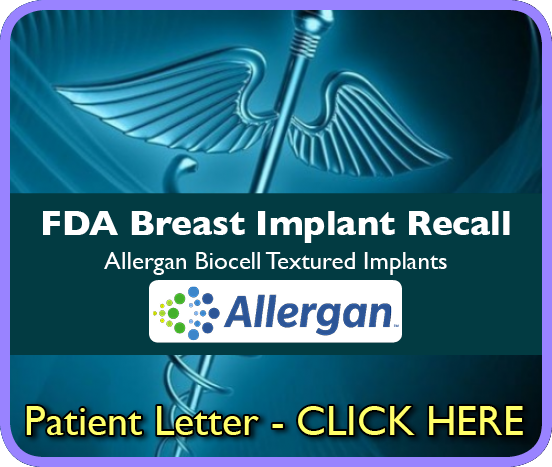